A Guide to Pallet Weighing Beams

Industrial, heavy duty scales may seem less complex than scientific balances, but it can be tough to find a weighing machine that has the best features for your needs, and that can withstand rigorous conditions and demanding daily usage. This post will provide a brief introduction to pallet weighing beams and the advantages of pallet beams over other industrial weighing scales.

What are pallet beams?

Pallet weighing beams are composed of two beam lengths with enclosed load cells, joined by an indicator; they usually include integrated wheels below the beams for easy transportation and take up little space when not in use. Pallet beams are highly-versatile and are typically positioned parallel to each other in order to support boxes and palleted goods; users can change the beam configuration to accommodate a variety of crates, containers, platforms and pallets. 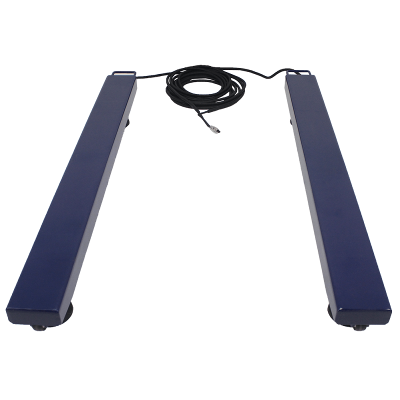 Features to look for when buying pallet beams:

Pallet weighing beams are quite common in industrial settings such as warehouses or factories for weighing large crates and oversized containers. If you're looking for a new heavy duty weighing instrument, here are some reasons why pallet beams may be the best option for you: 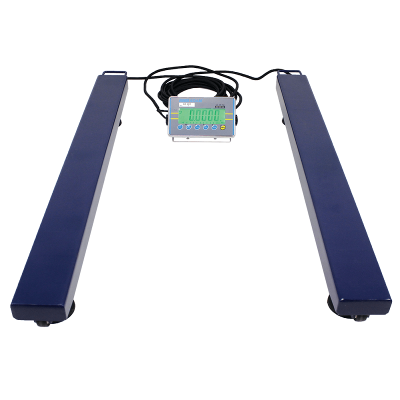 What are pallet beams used for?

Weighing beams can be used for many heavy duty applications. In warehouses and industrial sectors, they offer a flexible tool that can be used with many different containers, pipes, platforms and other materials. Sometimes, the beams are combined with large platforms to weigh light vehicles and small aircrafts. Farmers often combine weighing beams with special cages to weigh livestock without preventing them from moving or having to sedate them. Zoos and conservation habitats also use weighing beams to weigh large animals without having to tranquilise them or move them too much, which reduces their stress levels and makes the keeper's job easier.

At Adam Equipment we stock one series of pallet beams, the Adam AELP. AELP pallet beams are well known for their durability and convenience and include integrated wheels, OIML approved load cells, a five-meter/15-foot shielded cable and heavy-duty rubber feet to ensure stability. These beams offer a simple and effective solution to any industrial and agricultural environment requiring large or oversized object weighing. Our AELP pallet beams are particularly popular in zoos for weighing heavy animals such as camels. 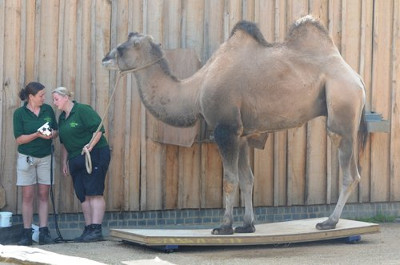 Please contact us if you require more information about our AELP, or if you are convinced this is the right weighing machine for you, request a quote directly online today!

Weighing beams are highly versatile weighing instruments that can be adapted to demanding conditions and existing equipment to make heavy duty weighing jobs easier and safer. They can be used in various industries and can be combined with indicators and platforms to ensure users get all the features they need.

We hope this guide was helpful in this explanation of important features to look for when shopping for weighing beams. Follow us on social media for more blog posts and news about Adam Equipment.