The Kilogram was Officially Redefined

You might remember our first blog post about the ongoing work to redefine the kilogram, which would go from a physical standard to one based on fundamental constants of nature. On Friday, November 16th, that work was accomplished and the kilogram was officially redefined. What does that mean?

The vote itself was mostly a formality; scientists have been preparing this for a long time, and started converting physical standards back in 1983, starting with the meter. However, it was still an important moment for science (the kilogram was not the only unit affected, either). After all, this redefinition is the culmination of decades of work from many scientists that bolstered our understanding of physics. It also shows how far we’ve come in terms of science; we went from using special measuring sticks and ancient calibration weights in vaults to using the speed of light and the behaviour of atoms, among other things. The kilogram was the last of the seven base SI units to be represented by a physical standard. 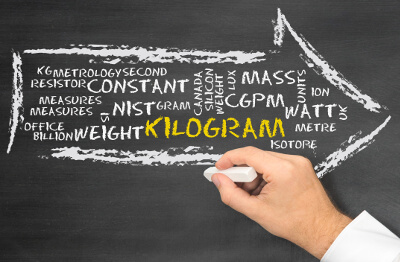 The idea of redefining a unit of measure to standardise science and trade isn’t new, though advancements in physics spurred on more rigorous precision and efforts to standardise the units across countries for the benefit of international, collaborative science.

First of all, physical units can degrade over time, even under exquisite care. Second of all, having some fragile physical object in a vault in France that can hardly ever be used is not making that kind of precision widely available. Scientists emphasised the need for that kind of precision to be accessible to everyone. Lastly, using a fundamental constant of nature as opposed to a physical standards is much more stable and reliable. It also helps scientists during calculations.

If a physical standard degrades and it is not caught in time, this can mean copies and other standards used can be imperfect, copied with the mass difference created by the degradation. A grain of sand might not seem important for weighing your apples at the grocery stores, but in fields such as chemistry, medicine or nanotechnology, even such a tiny mistake can have very big repercussions. And don’t forget: mass affects other units (like Newtons) and formulas that shape our understanding of physics.

How was the kilogram redefined?

This is a very complex subject, so please bear in mind this is a vast oversimplification. For decades, scientists have known that the key to redefining the kilogram is Planck’s Constant. Planck’s Constant is not widely known, yet it is as important as Einstein’s famous E = mc^2 (energy, mass, and the speed of light). To considerably simplify things, Planck’s Constant allows for the quantification of atomic vibrations. This essentially led to the study of quantum physics. You can think of it in terms of molecules; in Nova, James Stein explains that, just as the smallest amount of water is a water molecule, Planck found out the smallest unit of energy that could be expressed. It’s so important that lead scientists who worked on the Kibble Balance project all got tattoos including the number. 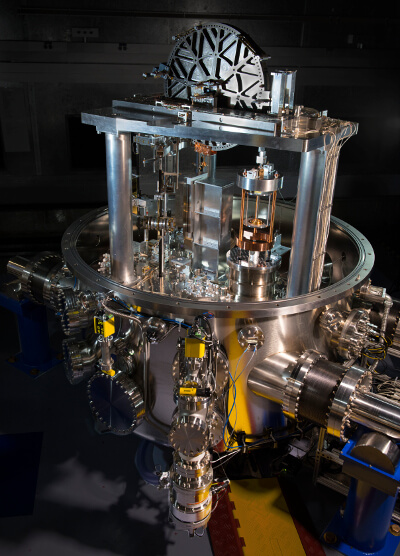 But how does that relate to the kilogram?

Remember Einstein’s equation? NIST explains that it shows that mass “can be understood and even quantified in terms of energy”. In Planck’s equation, E = hν (E is energy, h is Planck’s constant, and v is frequency) shows that energy can be calculated with frequency. However, and this is important, frequency can be replaced with mass times a multiple of h. That means that mass and h are inherently related, and one can be used to find out the other.

The debate to redefine the kilogram in the 90s eventually lead to two ideas, which we covered in our previous post. To recap, one idea was to use a special silicon isotope sphere. Because of the properties of the isotope, scientists would be able to essentially count the atoms in the sphere like gum balls into a gum machine using Avogadro’s number and properties of the mole (the unit, not the rodent). Another idea was finding out a fixed value for Planck’s constant with a Kibble balance, and to calculate a value for the kilogram from there. The Kibble balance essentially runs electric current through a coil to create an electro-magnetic field that acts as a counterforce to the weight of the test mass.

Avogadro’s number and Planck’s constant are intertwined in the world of physics, so the two separate experiments were conducted for decades, and served as verifications for each other. The definition of the kilogram will be officially changed on May 20th, 2019 (World Metrology Day). This won’t be the end. Scientists will use these breakthroughs to verify and improve the results, and they need to find a way to calibrate calibration masses that will be used outside of a vacuum. This incredible achievement will not only help metrology, but help advances in physics, chemistry, astronomy and more.

We hope this was helpful in understanding how the kilogram was redefined. As always, you can contact us if you have any questions, and follow us on social media for the latest Adam news and blog posts.