Weighing In on Calibration Weights

You’ve invested in a good quality balance for your lab or bench scale for your warehouse and you need a set of calibration weights to ensure the integrity of your weighing results. Where do you start?

The first thing to consider when purchasing a calibration set is where you’ll be using it. If you’re in the United States, you’ll likely be using an ASTM set. Outside the U.S., OIML weights are typically used. If you’re working both within the United States and internationally, it may be worth investing in both types. (Check with your Adam sales representative to see if both types are offered in your region.)

The standards were created by two different organizations: ASTM International (formerly known as the American Society for Testing & Materials) and OIML (the International Organization of Legal Metrology).

Adam’s ASTM and OIML weights are made from highly polished stainless steel. In addition, Adam offers a selection of cast iron OIML weights for larger scales. 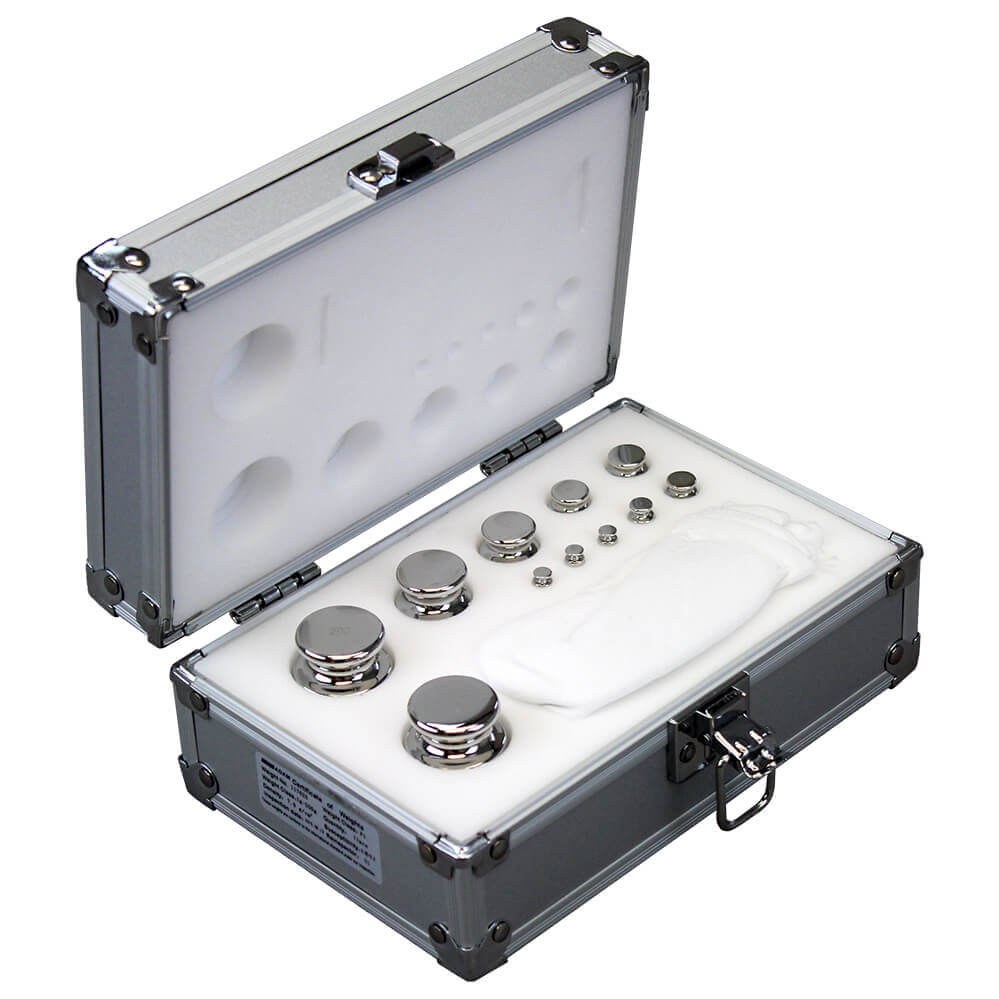 ASTM standards also include Class 000 and Class 00 (primary references for calibrating other reference standards and weights), Class 5 (student laboratory use), Class 6 (which meets the specifications of OIML R111 Class M2) and Class 7 (rough weighing operations in physical and chemical labs). 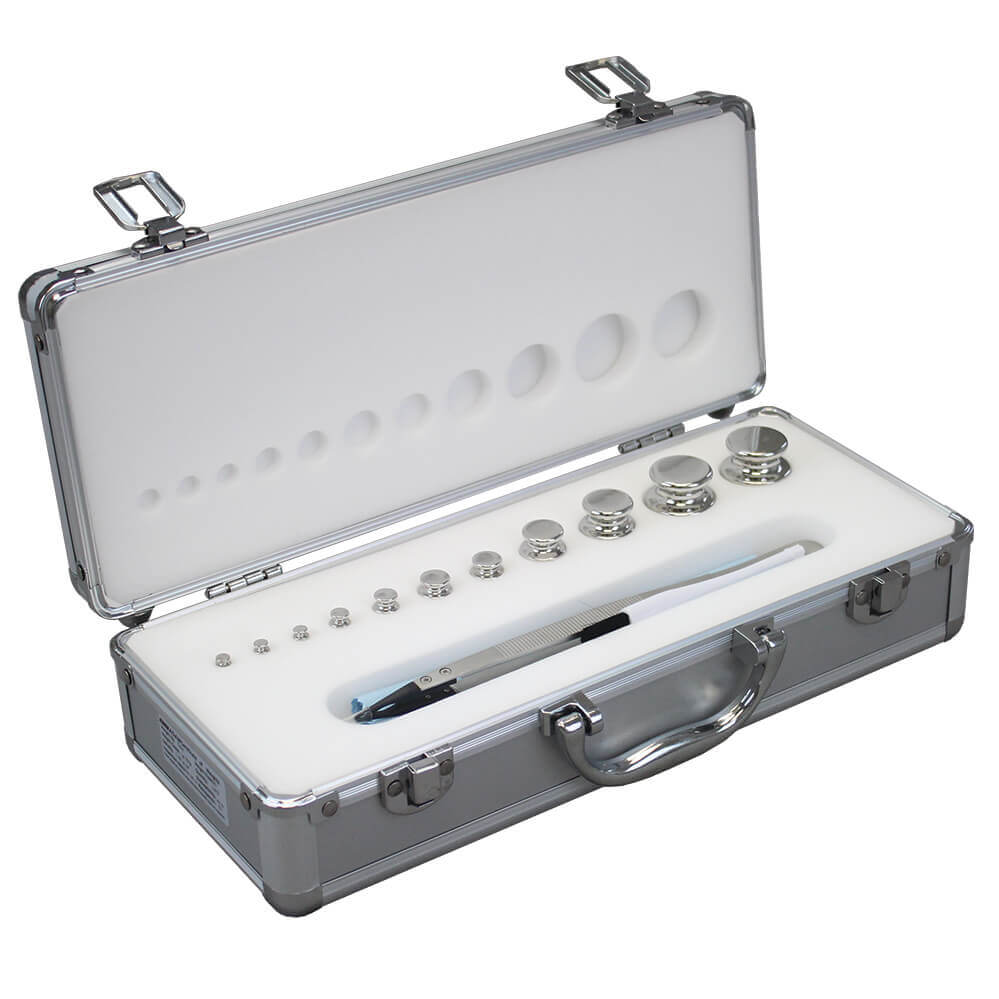 For ASTM and OIML weight tolerances, click here. To see the range of weights offered by Adam, click on ASTM or OIML.

When purchasing weights from Adam, individual weights are packaged in a plastic box. Weight sets come in a lined aluminum box, which includes tweezers (sometimes referred to as forceps) and a white cotton glove.

We’ve covered how to care for calibration weights in a previous blog post and a refresher can often be helpful. For 5 Tips on Caring for Calibrations weights, click here.

Calibration weights are extremely sensitive. To protect the surface of your weights from fingerprints, oil and foreign material like dust or lint, always wear gloves when handling them. For further protection, use large weight tweezers or small weight tweezers.

Along with our scales and balances, customers may also buy a calibration certificate at the time of purchase to certify that the device has been calibrated and is within tolerance. 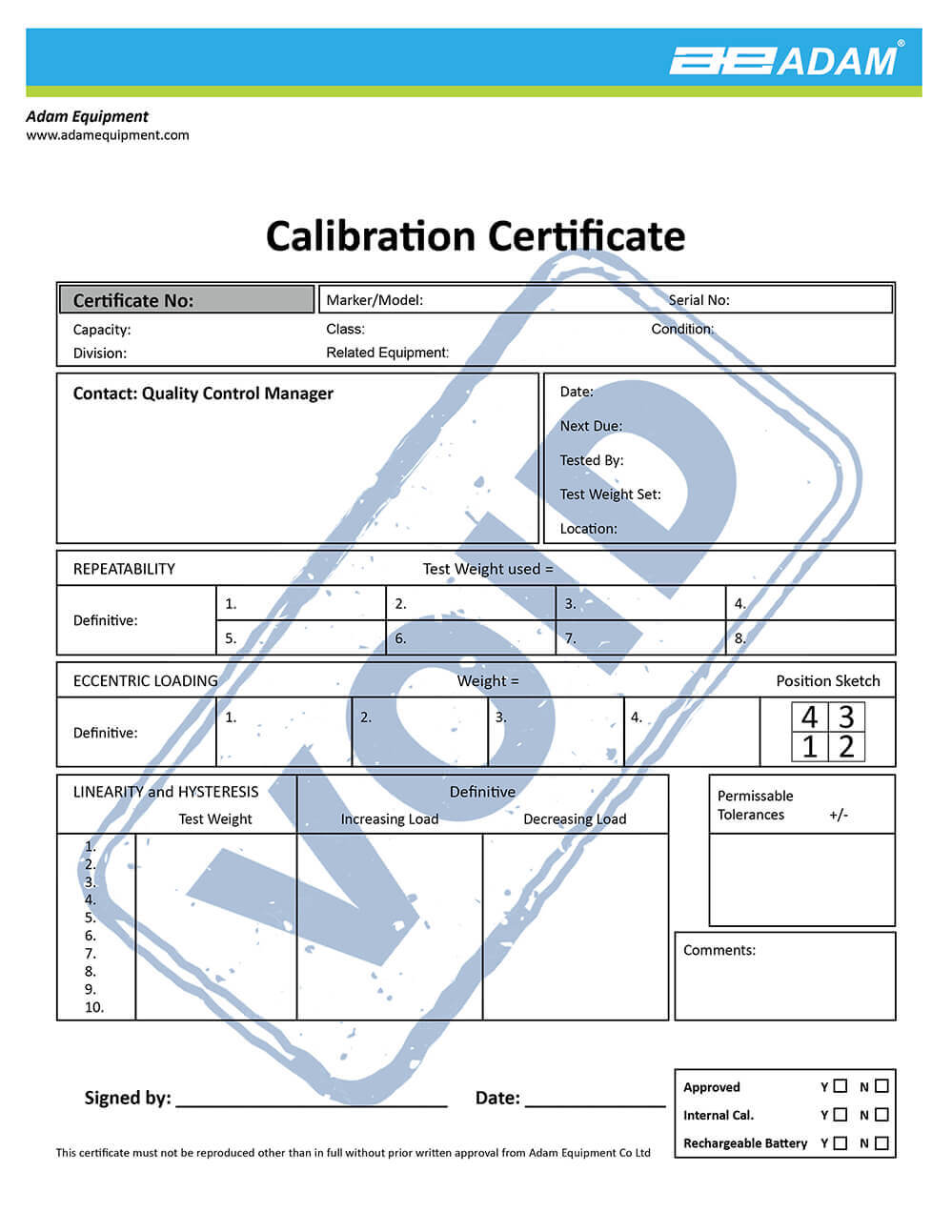 Calibration weights must be traceable to the kilogram (the SI unit for mass) and certifications may also be purchased for the weights. Adam’s U.K. office offers the certification, while Adam’s U.S. office can provide metrology lab recommendations for customers to obtain a certification.

Contact us with any questions or if you need assistance in choosing the right calibration weights for your needs!