What is Percentage Weighing?

It’s common for weighing scales and balances to have multiple applications nowadays due to advances in weighing technology. Applications can range from checkweighing and parts counting to dynamic weighing just to name a few. However, a feature that gets less attention, and yet equally important, is known as percentage weighing. What is percentage weighing? When is it useful? We take a look at this feature and its applications.

What is percentage weighing?

Percentage weighing is “using a balance to determine the weight of an item as a percentage of a reference weight”. For example, when you look at medication, “Solids in solids are percent weight in weight (% w/w): Hydrocortisone 1% Ointment is 1 grams of Hydrocortisone in 100 grams of ointment”. Or each individual piece of cereal in a box must be at least a certain percentage of the content of the box’s total weight, and not go over a certain percentage (so your cocoa puffs won’t be as big as your head or as small as a crumb). The weighing scale or balance calculates the individual weight as a percentage of the whole sample and displays it on the screen.

What are its applications?

Percentage weighing is useful for placing the weight of items into relevant context. For example, in an NYT article discussing whether backpacks are too heavy for school children, they wrote “The American Academy of Pediatrics recommends that a child's backpack weigh no more than 10 to 20 percent of a child's weight”. The advantage of this method is that rather than relying on an average sample size, it is able to derive individual calculations, which benefits outliers as well (if your child is smaller or bigger than the average used, you can still use the percentage rather than the number, and if the average weight is flawed, it won’t compromise your calculations). Showing the results as a percentage can be useful in reports and explanations (for example, if you use this material to build this car, it results in 5% less mass). This can be also used in quality control; for example, a company’s guidelines might state that the weight of a hot chocolate mix must be at least 10% marshmallows but no more than 11%. That means that no matter the size of the container, all the hot chocolate products will have a specific ratio that maintains the product’s consistency. 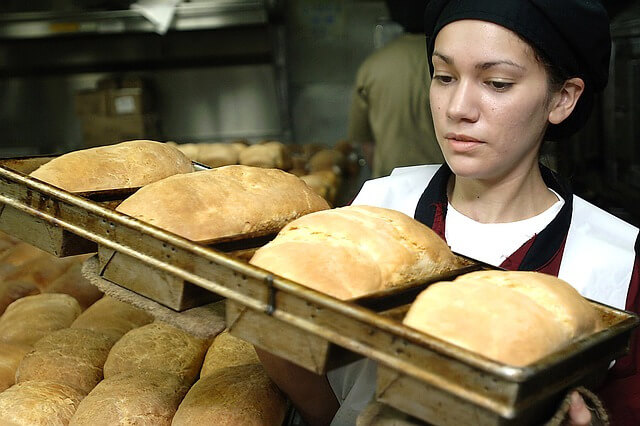 A common application for percentage weighing is commercial baking. The Baker’s Percentage (also called Baker's Percent, Flour Weight, or Baker’s Math, a notation method commonly used by commercial baking) states that all ingredients are measured as a percentage of the flour’s weight. This allows for consistent, precise recipes no matter how large the batch is, and makes scaling recipes much quicker and easier. This also works for cooking.

More common applications for percentage weighing are pharmacy and chemistry. When a medication refers to 500g of acetaminophen, they don’t mean the capsule, or pill, or the box weighs that much, but rather refer to how much acetaminophen is in the product. Usually, the concentration of the solutions is expressed in grams or millilitres of drug per 100g or per 100ml of product. This is extremely important, as chemicals can be beneficial or harmful depending on the concentration and the compounds work differently depending on the ratio.

As you can see, percentage weighing is an important, versatile application that is used everywhere from medication to baking and quality control. When a scale or a balance does that, it eliminates the need for tedious calculations, particularly if the formula has many different components.

Scales and balances with percentage weighing

Adam Equipment has a wide array of products that perform percentage weighing. We have analytical and precision balances including the Eclipse and Nimbus series, Highland portable balances, LBK bench scales, or higher capacity GFK and Warrior floor scales .

Our GK and AE402 indicators have percentage weighing capabilities as well. Please don’t hesitate to contact us with any questions you might have, or go to our website to learn more.